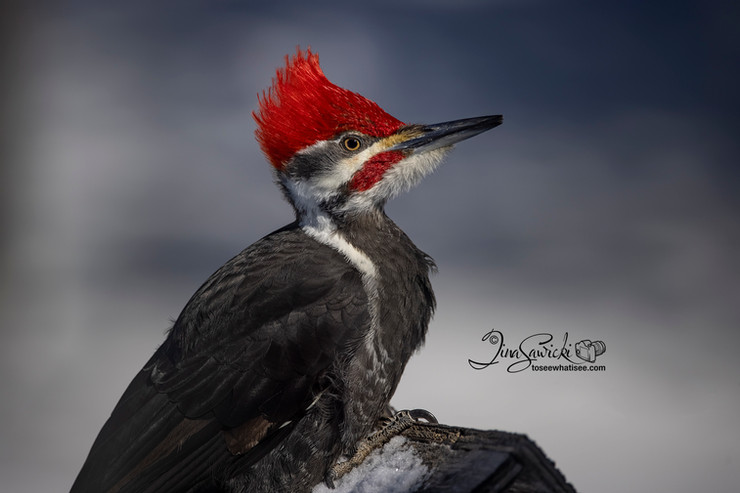 Apologies ahead on the length of this one. I'm summing up two weeks in one blog.

Wildlife photography can be a very frustrating way to fill your day sometimes. There are times when you are thrilled and can manage to get the most fantastic photos that just make your day a really amazing one and then there are times it’s not so much of a good thing. Recently I made my way up to Northern Ontario to be with my family while COVID has been a bit manageable in our areas to recover from surgery and for some emotional support. Without getting into details I followed protocol to protect both my family and myself as well as those around me.

In recent years, I’ve discovered a few fun places that I like to visit often when I come up this way. I normally time my visit to be when the Sandhill Cranes are migrating through one way or another but at this time of the year this wasn’t the case. I was about three weeks too early for them as they are being seen around our area and south of us now. I had originally had some exciting leads on a couple of possible chances to spot a Northern Lynx (which would be an ultimate moment for me!) but unfortunately the tips did not work out and if I were to see one, I’d likely have to be a bit further north than where I am.

When I initially arrived I was thrilled to have several experiences right in my parents yard. The first was a bit of a scare and shock when I took my dogs out in the evening, a fox was climbing on my parents wood pile. I’m not sure who was most frightened - myself, my dog or the fox! I was quite happy to know he was there and hoped to catch a shot of him at some point while I visited. Unfortunately this wasn’t the case. I did see a lot of scat and tracks but not another sighting of him.

It was a few days later when I was lucky enough to get a photo of an Ermine that had been living in another wood pile in my parents yard. I had to take my photos through the window due to the environment and having no place to hide outside so unfortunately my photo wasn’t perfect but I was happy to catch a moment with it just the same. We did catch him on the trail cam a few more times but I did not get to see him well enough for another chance to shoot him with my camera.

When I visit my family I am usually working part of my days to make sure my bills get paid and this time I had set up my laptop in front of my parents front window. It’s a new and large window with feeders and suet outside. It’s the most distracting place I’ve ever had the pleasure to work as I was lucky to be able to capture some pretty incredible photos of a male Pileated Woodpecker, Pine Grosbeaks and Common/Hoary Redpolls. The Evening Grosbeaks made an appearance as well as both the Hairy and Downy Woodpeckers.

A favourite thing to do with my family is to go snowshoeing although in Feb of 2020 I managed to break my ankle in 2 places snowshoeing and unfortunately I’m still feeling it. I did get out with my parents before the rain and winds that were expected to roll in came by. While we were out we managed to spot a Ruffed Grouse (there’s a lot of them here!) and a Snowshoe Hare. I was really happy to spend that time with my parents as they love the outdoors and have a wonderful trail in their backyard. I did get out one more time and saw tracks for a Lynx and two Snowshoe Hares but unfortunately my lens and my camera were both different temperatures and I ended up with condensation between the glass and couldn’t take any decent photos.

A photography tip for shooting in the north when it’s cold - be sure your lens and your camera are sharing the same temperature or you’ll have the same issue. I also tend to not travel with my vehicle too hot to keep my camera colder if I know I’m going to be out hiking wearing it. Some people only take their cameras out of their bags when they are ready to shoot but with wildlife, you simply can’t get them out fast enough that way.

Although I wasn’t overly fortunate to capture very many wildlife photos on my visit I did manage to do a trial shoot of a Holi Powder shoot with horses and dogs. I’ll do a separate blog on this as it’s a bit lengthy and a very difficult thing to learn to do! It was a lot of fun, messy and I learned quite a bit about what not to do again!

The same day we did this shoot I was lucky to have an offer through my sister to take photos of some bison at a local farm. It was a later in the day time frame and unfortunately we had to shoot into the sun so the photos were tough to capture but I did get a few. I learned quite a bit about them and one of the weirdest things about them is when they get spooked - and they spook a lot!! - they actually run with their tongues out. It’s the oddest thing. I actually started to feel bad.

Believe it or not another favourite place of mine to shoot while I’m in Northern Ontario is to visit the land fills. Unfortunately these days you can’t visit them later in the day to see the bears like we used to as kids but during the day most get some pretty spectacular visits by Bald Eagles of varying ages. They tend to spend a lot of the winter months accessing the easy foods and are monitored by local raptor people due to “accidental” misuse of dumping rules and can easily be poisoned. I’ve had several great moments at them but once again my timing was a bit off and with the Montreal river opening up, they were off catching fresh fish instead.

I did take a day to drive further north, heading past Kenogami. I had been told the Willow Ptarmigans, which are a type of grouse who’s irruption cycles (Those are the years when their numbers are significantly up in areas where they are rarely seen or sparsely seen due to food loss and other reasons.) happen every 40 years. Unfortunately the largest number of them being see was over 3 hours away in Quebec and had I been at home and living with just myself I wouldn’t have hesitated to run over to Val D’Or to catch some shots but staying with my parents made me feel it was too risky to take a chance. I’m disappointed but I did do a bit of scanning around but did not see anything in Ontario although they were seen in Cochrane (again too far away). I did catch a wonderful photo of a fox I spied as I drove past a quarry entrance. I had to turn around quickly with a million transports whizzing by and be ready to grab a shot from my truck so I didn’t capture as nice of one as I had hoped to.

In the end, I was grateful for the time with my family and I was thrilled to catch the time to yet again capture a few beautiful moments with another pet lover before having to head south and back home again. A blog post on my pet photography will be a future one so watch for it!

An additional highlight was that with everything going on, I had forgotten I had one of my photos being published the in the March 2021 Canadian Geographic Magazine. It came to me suddenly when I was in line at a supermarket and looked at the magazines to see it! I immediately purchased a copy!

One last note, I like to drive through Algonquin park on my way up and back home each time although it adds time to my journey. Some times I make out really great and catch fantastic photos but this time I saw very little and only managed to capture red squirrels everywhere, an itchy beaver, a couple of ravens and an otter outside the park. There was a ton of deer west of the park and around 1pm I almost hit one. I was surprised by the numbers.