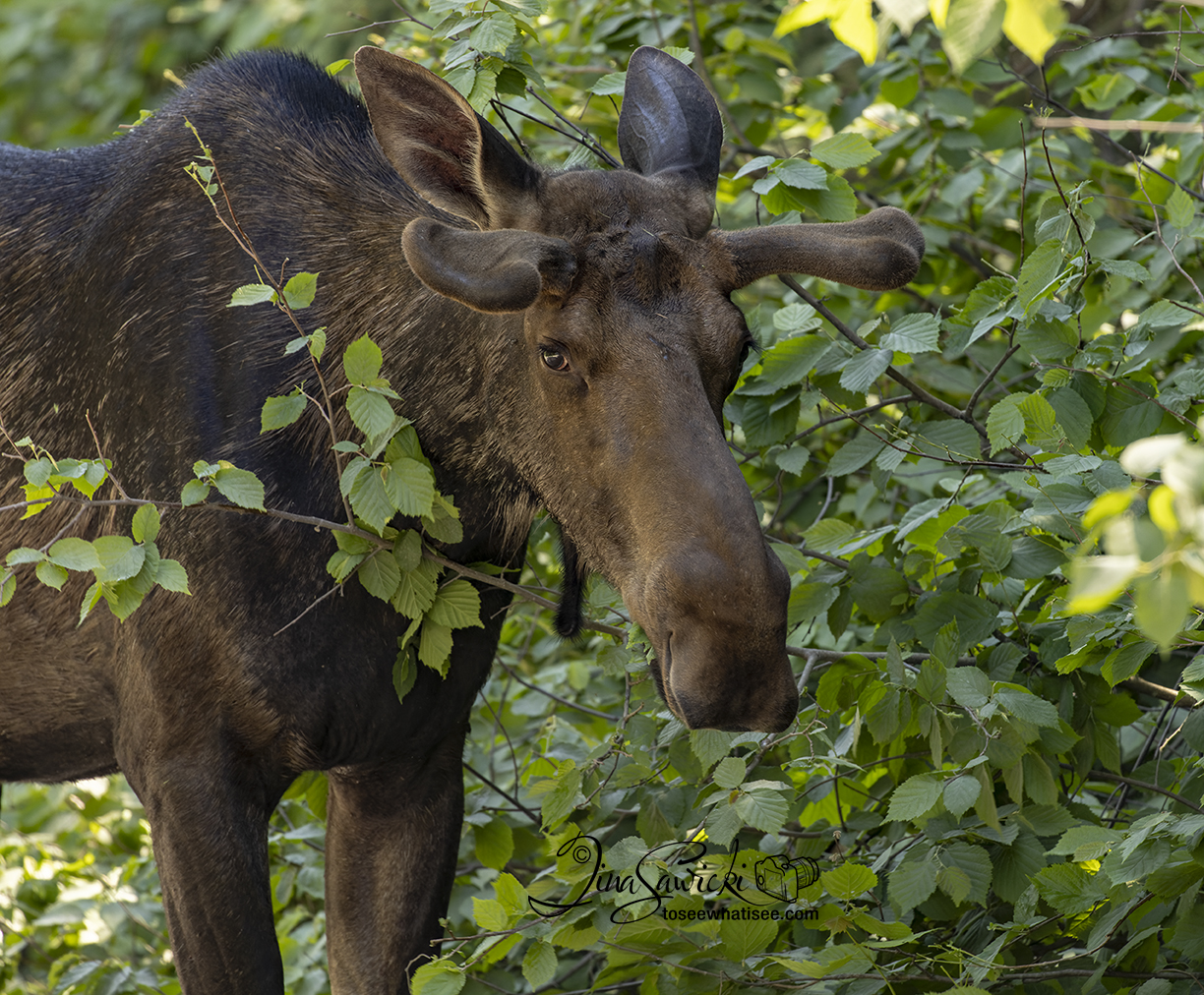 This is my first new post using my brand new website which I developed (learning how to use WordPress.org at the same time! Brain cramps!!) and I hope it's enjoyed as much as I've been told my older ones were.

The pandemic has brought about many negative and new experiences since it first began. For someone like myself who spends a lot of time alone and will go out of my way to find my own space it could sometimes be a good thing. At first. Suddenly it was safe to be outdoors and all of my favorite trails were flooded with people and dogs. It was difficult to find wildlife let alone solitude.

There were some exceptions, places like Algonquin park and a few other distant locations where amenities were closed and it was too far to travel for some became quieter and the wildlife crept out of their usual hiding spaces and were easier to see and watch. I've been to Algonquin a few times since the closures as for the most part it was open for day use and I have a season pass. When I visited, Wednesday being no exception, there was scarcely a soul to be seen. It reminded  me of the way it was when I visited when I was much younger. Trust me, I've visited on Thanksgiving weekend in recent years and the increase in visitors is drastically insane, even prior to the pandemic.

I decided to visit again before Ontario opened up for its first opening stage on June 12. This would mean more visitors to the parks and the need for reservations at least one day in advance. My last few visits have been pretty special with incredible moments spent with the Pine Martens and Canada Jay's in winter and the moose in the spring. I had hoped to have another amazing day no matter what I encountered.

So this past Wednesday was the day I decided I would take off and spend the day there. I normally would get to bed at a super early time the day before and rise as early as I can because it's a bit over 2 hours to get there. Oddly enough all day Tuesday I thought it was Monday and when I finally realized it, it was late so I left a bit later than I normally would.

I take the route through Algonquin regularly when I go up north to visit my family and I've seen coyotes, moose, deer and fox many times along the way but have rarely had a great photo come from the experiences. Since I am driving they are simply too fast and vanish before I can have my camera ready and get safely pulled over. It's the same story for a lot of nature and wildlife photographers, there's always next time!

A favorite road and trail of mine is Arowhon road and Mizzy Lake trail. A close second is Opeongo Road but more so in winter months. For the past few visits Arowhon had been closed due to the narrowing of the road from erosion but this spring they repaired it and its open again. During the spring, driving along the road I've seen a group of 3 moose, grouse, fox and the occasional solo moose. This time as I drove in I saw nothing but enjoyed the view on the way. The road is really dusty and it flies everywhere. It was around 9am by then so I decided to do a part of the Mizzy trail where I ran into some girls who mentioned they had seen a cow with her calf a km or so down the trail.  Off I went but I was only able to see the cow but I was thrilled just the same. I did also see a snapping turtle making its way down the trail as I was coming up.

The thrill of the day was as I was driving along Arowhon Rd again I rounded a corner and literally had to stop my truck in the middle of the road so as not to startle a young bull moose snacking on my side of the road. Turning my hazards on and hanging out the window, I quietly got my fill of photos. He made his way quite close to my truck and had me worried for a moment a few times and watched me very closely but wasn't at all disturbed or unhappy with me.

It got to the point where I was wondering if I was going to be spending the day with him as he was quite comfortable where he was, with no intentions of moving on. I was quite happy to spend the time with him but ...

It wasn't until another car came from the other direction and stopped fast enough to startle him that he moved on. When the incoming car scared him I thought for sure he was landing on my truck hood but it all ended well and I carried on my way. I was thrilled and very happy with the moment.

I was definitely grateful for the moose encounters I had since I did not see anything else the rest of my trip. There was a woman pulled over takes photos of something which had me curious enough to pull over to see what it was since I couldn't see from the road. She mouthed to me she had a bear in sight. I quickly went over and couldn't see anything but dark shadows and thought maybe I just couldn't see it well. I managed to find a better spot to shoot and noted the darkness was the shadow of a rock and a turned over tree root. The woman seemed embarrassed at that point but defended she had seen it move. I thought it was funny because I've had a few moments similar myself. Usually a blowing bag or something like it that I swear is an owl. I supported her belief and carried on.

All in all a great day. The only real negative was as I was turning a corner near Madoc, I had had my window rolled up just a bit to block some of the wind and I'm really grateful this was the case. Suddenly I saw a black bird of some type, the size of a Grackle or Crow, fly at my truck and whack so hard on my bit of window that I screamed. I had to pull over to make sure it hadn't bounced into the truck. Scared the daylights out of me! Glad I had that window up or it would have been driving with me!

Next time back through the park will be sometime in August when I visit north.