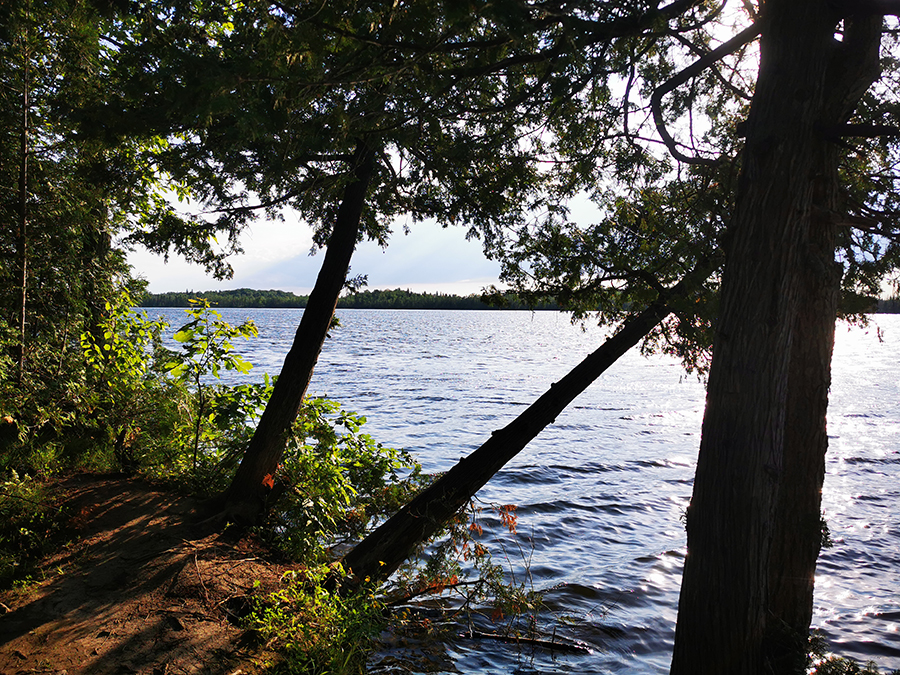 My adventures today included a hike with my fur kids at Menzel Centennial Provincial Nature Reserve. Although it didn't turn out to be a photography adventure, it has in the past and I thought I'd share a little bit about it. It’s a favourite trail of mine not only because of the many natural habitats you hike through on the main trail but because of the history of the area. In 1974, Oivi Menzel, originally from Estonia,  died at the age of 33 and her husband, Dieter wanted to do something to preserve her memory and her love of nature. The nature reserve was his contribution to that. To me it's a bit of a love story and I'm a bit of a romantic at heart.

While I did bring my good camera with me, it was easier to take photos with my cell phone so excuse the terrible quality but they will show you the various sections.

I've been hiking at Menzel for about 8 years now and there was a time when it was only ever me there and I rarely had to be concerned about running into anyone. Tonight I was fortunate to have the place all to myself and my two dogs. I of course did an ebird report while we hiked and fought off the deer and horse flies that attempted to carry us away.

Throughout the years the entrance area has changed somewhat and has been improved to include nicer picnic tables. I have gone off trail many times around the front area of the trail and enjoyed the various flora and fauna in the area. It's a great spot to spend some quality time at and gives you approximately a 4km hike with a stop at Mud Lake at the end of the trail.

The first habitat you enter is called the Forest Returns. There's slabs of rock various flora/fauna and it's usually really hot in that area as you are right out in the open. I've found many signs of coyotes along this area - scat and prints and am usually aware of my surroundings when I'm there later in the day alone. Again, sorry about the quality of the photos. Earlier in the spring there are many beautiful blooms and birds in this area to capture spectacular photos. I was a bit late in the season today.

I'm not quite sure what my cell phone was trying to do with this photo but it's a bit surreal! The second habitat you enter is the Wetland Edge. It becomes quite boggy and buggy. There's been several times when I have entered this area that I've had the bi-jesus scared out of me by grouse. For my fellow birders, it's just before this habitat where you may be lucky enough to catch a glimpse of the Canada Warbler in the spring. They nest in this area. Unfortunately I did not see or hear one this trip. I have seen them in the past and they are a beautiful bird.

I had hoped with the winds blowing like they were tonite, I would be lucky to be able to spot one lower in the branches but I do believe I may be a bit late for it. I did see two Towhees as I was entering the wetlands.

The next habitat is a really long boardwalk (a bit springy in spots!). My elder dog does not like boardwalks at her age and will walk behind me very slowly until we are past it. There's a lot of vegetation and trees all along here and it's really amazing how tall it can grow and it can grow over the boardwalk.

Again my cell phone really has a mind of it's own when it takes photos. I apologize in advance. This area was second to the worst area for deer and horse flies!! I swear they were determined to land on every spot on my face and carry the three of us out of the reserve. There are many deciduous trees and various fauna in this area different from others. There were several chickadees flitting around the trees and the Wood Thrush were singing up a storm.

This is a really great section of habitat. It's very green and lush with some wildflowers. There were quite a few birds singing and once again I wish I had my friend in my ear who seems to be able to pick up every single call and song and know precisely which one it is! I find this aspect of birding very frustrating when the trees are full of leaves and the brush too thick to see the birds. I know a few but certainly not with enough confidence to name them all.

The Sand and Gravel area was another open and hot area. Coming out the sun was covered by clouds but on the way in this area was one we rushed through.

The 7th area is the Shrub Fen. Apparently a Fen is rare in our area although there is another in Stoco called the Stoco Fen. There are no trails at that one. A fen is a peat accumulating area and are incredibly rich in minerals. They differ from bogs because of their water chemistry. They aren't made for walking in and this one can be visited through the boardwalk.

The final natural habitat is the lake which I believe is called Mud Lake. It's apparently got 19 different natural habitats surrounding it. There are small trails that go off the main trail at this point but they aren't regularly traveled trails and I've never gone very far on them. It's a great spot to stop and take a breather and enjoy what mother nature has to offer. The dogs look forward to it for a great cooling off time.

The hike back didn't include many more bird sightings or wild life but we did get to see a Belted Kingfisher by the water and listened to many birds I cannot ID if my life depended on it. Some days, when you hope to capture great shots with your camera, you actually end up having a relaxing and pleasurable hike and get almost as much from being out in nature as you do from capturing it.