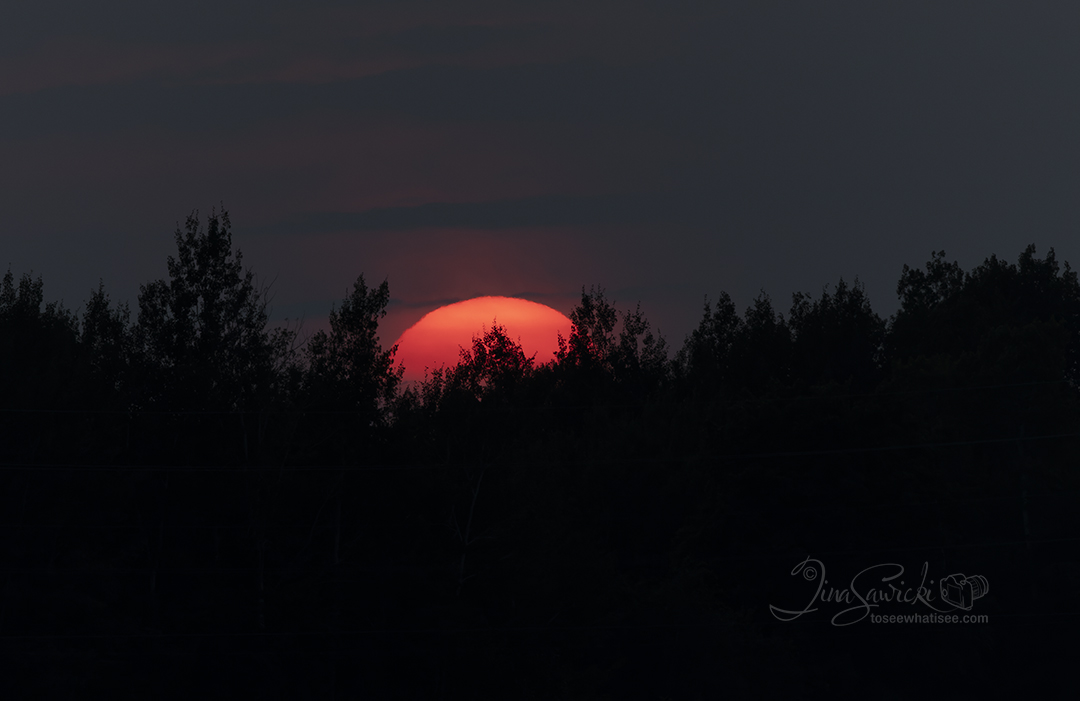 Wouldn’t that be nice? I think someday this may be a thing but I often think to myself that it would be really nice if there was a way to capture photos of things I see when I cannot lift my camera or do not have it with me. There have been many moments where timing would have been fantastic had I just been able to quickly “click” my eyes and capture the moment.

Several times I’ve had an amazing experience with a bird of prey on the Rossmore Bridge in Belleville going to the county. I may have mentioned it in a past blog but one that stands out in the past was the time a Red-Tailed Hawk literally trailed beside me when I was in my Ford Explorer crossing into the county. More recently, returning from the county an Osprey gave me a bit of a start as it flew directly towards my truck until it was just above the hood and swooped outwards towards the bay. I would have loved to have captured that moment.

A week or so ago I was driving into Stirling to pick up J-Racks for my kayaks from someone and ahead, coming down into Stirling from the last long hill I could see a clump of dark small things on the side of the road ahead. As I got closer I quickly turned my flashers on as I realized a family of skunks, 2 adults and 5 youngsters, were crossing the road. I didn’t want the car behind me or in front of me to speed up and hurt them. I must admit I did quickly pull over without thinking of the consequences had I did disturb them and attempted to catch a shot but unfortunately they had already crossed into the marsh on the other side of the road.

The inspiration for the quick blog came from this evenings ride home from New LIskeard where I was intending to go kayaking with my sister but Mother Nature had other ideas. On the way home the weather cleared and the sunset was absolutely spectacular. Just as it was starting to set I saw out of the corner of my eye a flock of what I first thought were Canadian Geese but I then needed to do a double take because I believed they actually were a flock of Sandhill Cranes. This area is well known for being on the migration path of the Sandhill Cranes in the spring and fall and seeing them at the end of July seems a bit strange and very early to me.

I had no luck finding them to confirm although they were exactly where I normally see thousands of them in the fall and spring (no exaggeration). I took a few photos of the sunset and continued on my way back to where I was staying at my parents place. There is a road that takes a bit of a detour around the highway that is mainly back roads called WawbeWawa Rd that I enjoy taking and once again I wasn’t disappointed. Unfortunately again, I wished I had a faster way to capture photos though. I happily saw a Snowshoe Hare in all it’s summer splendor on the side of the road. Of course it moved rather quickly as I drove by and I didn’t get a single shot of it. Just imagine if there was a way to take photos with your eyes and not miss a moment you want to capture?? I’ll bet some day this will be a thing! Crazy. I know.

I was able to clarify that I had seen a small flock of Sandhill Cranes earlier. As I came onto my parents road, I saw what I thought was a coyote or wolf on the side of the road but was actually two Sandhill Cranes. I, of course had time to catch them as they tend to walk away rather than fly fast away when you stop. I have since seen several more.

It does seem to happen almost regularly where I could kick myself for missing a shot by not having my camera or having it ready or even things happen too fast. There are moments when the resulting photo could have been hilarious and a wonderful shot to have taken. For example I had seen an American Bittern in a farmers field near my parents road and I wanted to share it with my sister. She had never seen one before so I pointed it out to her. I had gotten great shots of it the day before and let her have a moment with it. She did get out of her car and suddenly it decided to fly and shoot out a skipping rope length of excrement all at the same time! The position of the Bittern in flight would have been absolutely priceless with the length of excrement coming out. I deeply regretted not holding my camera in that moment. Especially when suddenly to her left, a second Bittern flew out of the field.

Undoubtedly I'm grateful and thrilled for every photo I am able to capture and share with everyone. I feel very fortunate and look forward to each and every chance I'm given. Mother nature is simply a wonderful thing.